I love the wiry suspension of the Margaret Hunt Hill Bridge in Dallas so when thinking about my next photo outing, it quickly came to mind.

The bridge is named after Margaret Hunt Hill, an heiress and philanthropist.

Construction began in Spring 2007 and the bridge opened in Spring 2012. I’m not sure about downtime, but that seems like a crazy long time to build a bridge, no matter how “purty.” It was anticipated to cost $117 million but the project’s total cost is thought to have been $182 million. Yowzah! It has a total length of 1,870 feet (570 m), a main span of 1,197 feet (365 m), an apex height of 400 feet (122 m), with a signature 40-story center-support arch which easily increases the visibility of the Dallas skyline for many miles in several directions.

It is a very eye-pleasing piece of architecture in my opinion. Kudos to Designer Santiago Calatrava. I would definitely like to photograph more bridges, specifically the Skydance Bridge in OKC, which is a freakishly odd bridge if you’re driving up to it in the middle of the night for the first time. But I’ll save that story for when I get up to OKC to photograph it. Until then, enjoy the rest of the photos from the MHHB outing… 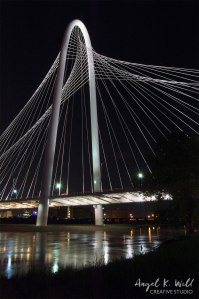 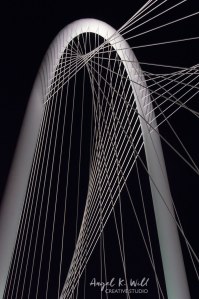 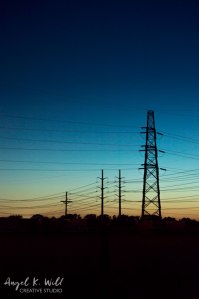 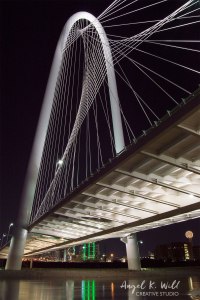 And as always, when playing at night, here’s my light abstract…